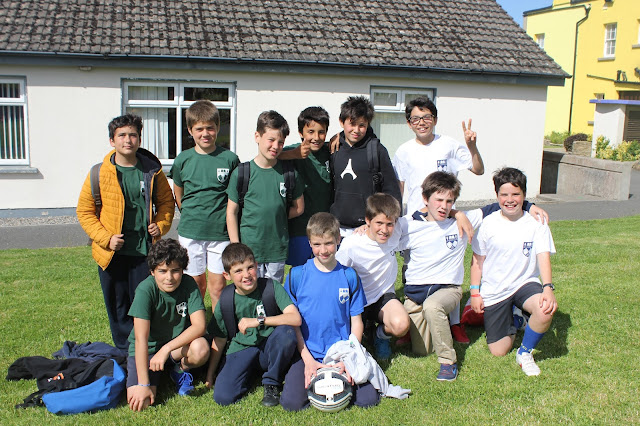 This weekend it was time to take part in the traditional football tournament of all Spanish students here in Dublin: The Rockbrook Champions League.
During the week, I have to mention that schools are doing many outings and fun activities. For example, Ballyroan School received the visit of the Garda Band, the music ensemble of the Irish police! (garda=police in Irish!). 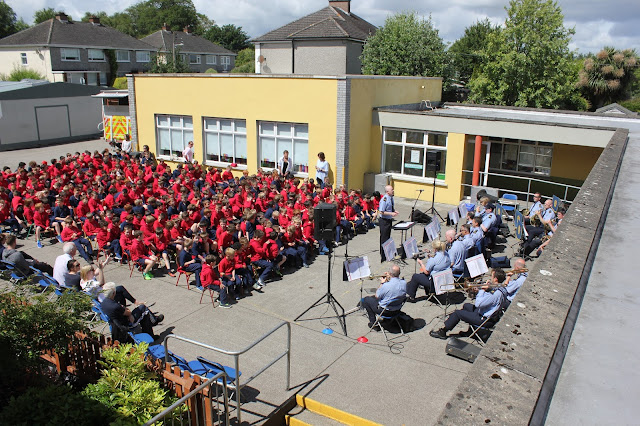 On Saturday we went to mass and afterwards we spent the whole day in Rockbrook. Viaró participated with 2 teams and Ramón and Tomás volunteered to play in the "mixed team", with students from other schools. 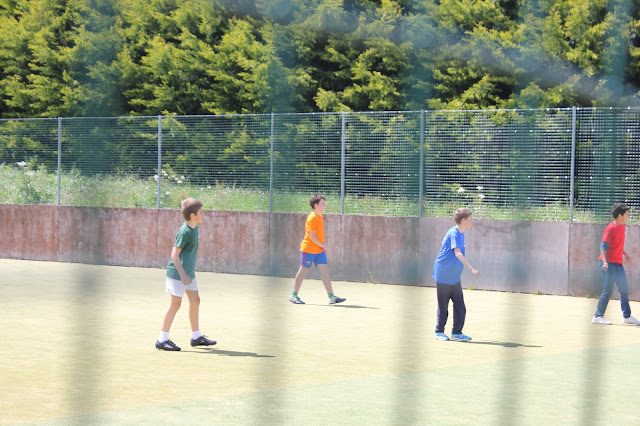 Pablo Gutiérrez missed this plan, because he traveled with his family to... England! I'm sure he enjoyed it a lot!
It was very diffiult to compete against the other students, but I'm really proud of both teams! They both lost 2 games and won 1, so they couldn't advance to the semifinals. However, they played very well! 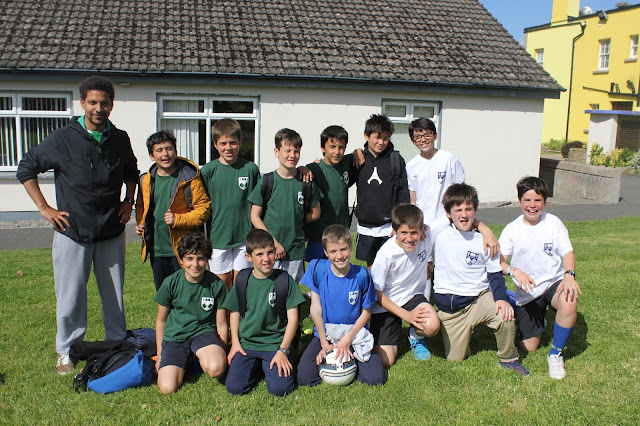 At the end, it was time for a well-deserved picnic! Although we didn't win medals or trophies, we enjoyed some snacks and drinks, with a special prize for Ramón and Tomás for their generosity, after a day full of sports!
Here you have the gallery of the tournament: