What a great day today! 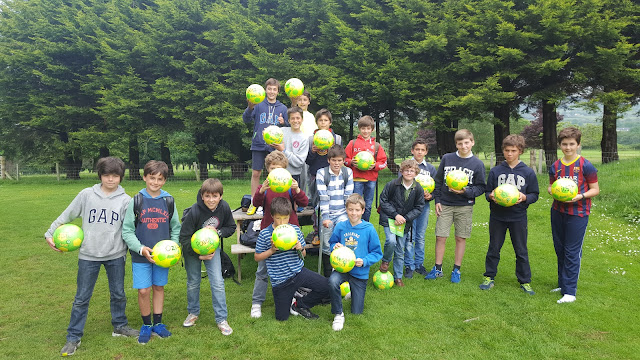 This week started with a bank holiday, so none of the boys had class. The boys in St. Pius had also Tuesday and Wednesday off, so I took them to Dublinia - the plan they missed when the others had a full week off. 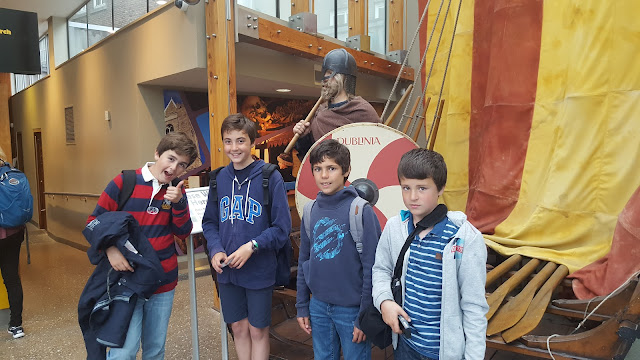 On Friday we met at Rockbrook and I gave them the first tricks to do a rap song - we'll record the song next week! After that I took Marc, Alejandro and Álvaro to McDonalds to celebrate Marc's birthday, which is next Montay 13th. 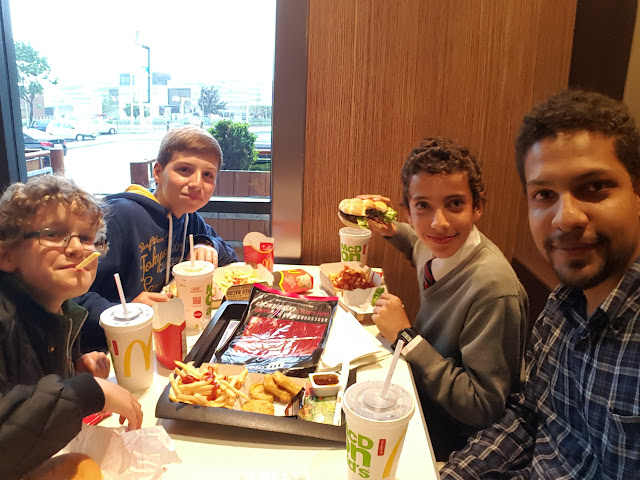 Today after mass we went to Footee, a mixture between football and golf, where you play 18 holes kicking a football. It was amazing! The boys really loved it and played very well. 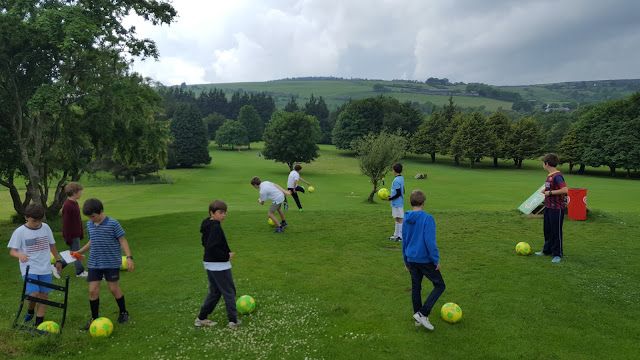 After the game something was awaiting... Some Domino's Pizzas and drinks!
When we were eating it suddenly started to rain, so we were quite lucky with the weather today. 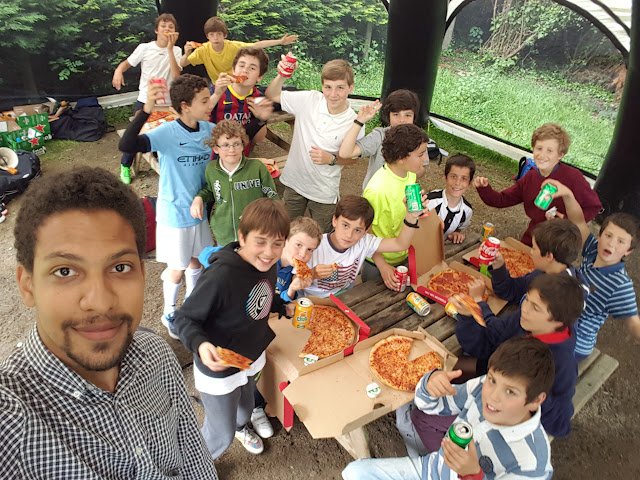 After Footee we went back to Rockbrook, where we had time to play another game: the murderer. 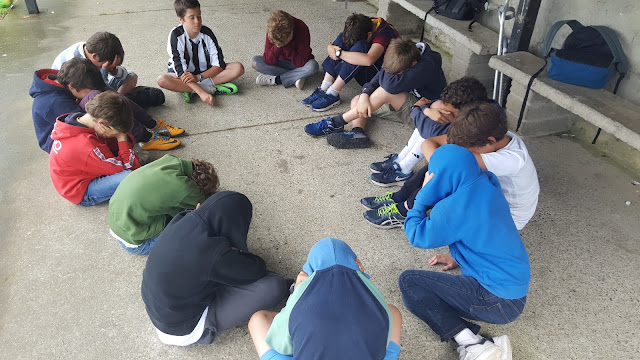 We had a lot of fun and finally the boys were picked up by their Irish families.
On Monday we will start our last full week!
See you soon!