This past week we have had some nice achievements.
Two of our students have been selected as STUDENT OF THE WEEK by their schools.

First of all, Jorge Puig's was awarded students of the week by his school St. Cronan's.
Congratulations Jorge, keep the hard work!! 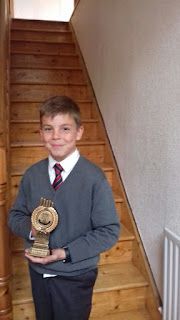 And last but not least, Tomás Postigo, students at Saint Kevin's B.N.S, was entitled as the student of the week.
He made a speech, in English of course, about his family. Congratulations to you, buddie!! Way to go!! 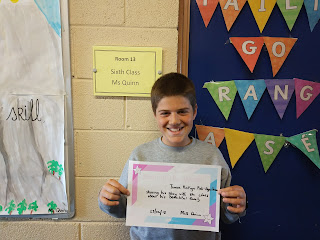 After assisting to Holy Mass at Our Lady Queen of Peace, we headed to Dundrum's town, exactly to Dundrum Shopping Center.

Where we played a really cool Mini golf which was set as a rainforest. It was really amazing. It had sound effects and even monkeys hanging on the trees (the monkeys weren't real but they seemed so). Along the game, there were some posts which explained curiosities from the Mayan and Aztec cultures such as the Mayan calendar and the gods they use to believe in.
Special mention to Pablo Gutierrez, Bosco de Arquer, and Ignacio Benavides, they showed some technique. 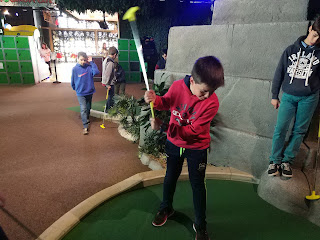 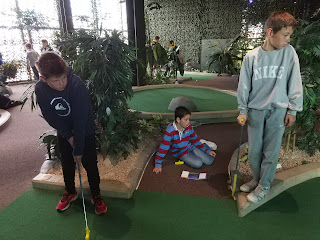 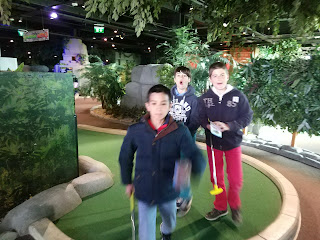 After having lunch outside the local we organized our selves into squads since we were about to enter one of the biggest Shopping Center in Europe. So every hour we would meet at our accorded meeting point. they loved doing some shopping!!!

See you next week for more adventures!!